a recipe for banana biscuit treats

Here is a really simple recipe for some dog biscuits I made at the weekend! Amber (my rescue dog) loves banana, coconut oil and peanut butter so I knew she would like these! Oats are great for greedy dogs as they are high in fibre so will help to keep your dog feeling full and coconut oil also has numerous health benefits. 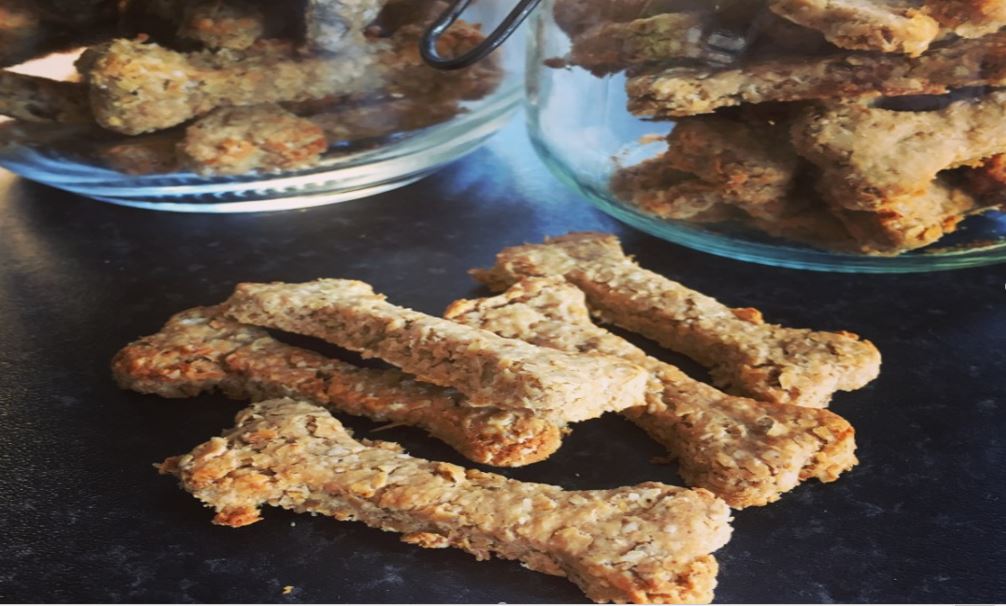 I put 4 cups of oats into a large bowl along with all the other ingredients and then mixed them together with my hands. The coconut oil was solid but melted down as I mixed it. I then gradually added the last cup of oats until the mixture was no longer sticky.

I rolled out the mixture so it was around ¼ inch thick and cut the shapes out with my bone cookie cutter, you could just cut them into squares though if you don’t have one of these! I placed them on a baking tray and put them in the oven on 180oC for 10 minutes.

They were going golden brown on the edges but were still a bit soft in the middle at this point so I dropped the temperature down to low but kept the biscuits in the oven for a further 20 minutes to try and dry them out.

This recipe made quite a lot of treats so I may half it next time as I only have one dog! The only problem was Amber spent the rest of the day pretending she wanted to go outside only to try and get me into the kitchen to give her a treat!

I've worked at Burns for over four years and head up a busy, dedicated team of pet nutritionists at our Kidwelly head office. No two days are ever the same. We are often busy going the extra mile for our customers and offer free advice via LiveChat, telephone and email.