I grew up in Darvel, a small town in Ayrshire. When I was boy there were at least 22 textile factories, most of them making lace but later on switching to manmade fibres.  Now there are none, all long gone, lost to foreign suppliers.

The biggest news story of last week was where was that Turkish consignment of personal protection gowns for NHS and care workers? A number of British manufacturers claimed that they had offered to supply clothing but they were ignored. Could it be that we might have a change of policy in that the Government might now procure more of its needs from British manufacturers?

Down on the river walk in Kidwelly I met a Scottish lady who told me she came from a tiny place called Wemyss Bay.  Although I grew up in the west of Scotland I hadn’t been to Wemyss (Pronounced Weems) Bay until three years ago.  It’s on the coast where north Ayrshire meets Renfrewshire.  The station is fabulous!  I advise you to go out of your way to visit it if you can. It’s worth it.  [Google it] 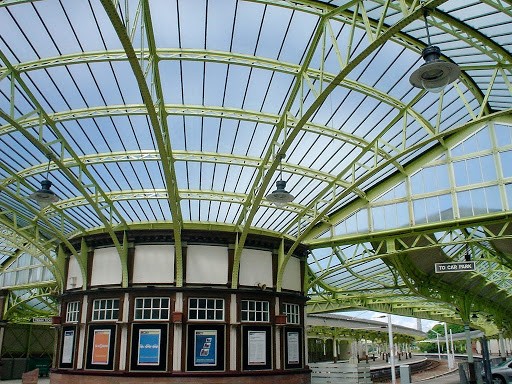 During this coronavirus crisis I wondered why protective gowns and so on could only be used once and then discarded.  Why not sterilise them? A clue came in an article in the JSAP (Journal of Small Animal Practice).  A trial revealed the extent of bacterial contamination of uniforms during clinical shifts.

This first week has been really difficult.  When Gregory (my new dog) arrived, he was very stressed and traumatised, never been off the farm, never in a car or a house, hypersensitive to the slightest, sudden noise. Even before coming to me, if he got free, he wouldn’t come back.

On his first day, after a bath, probably his first ever, he got away from me and disappeared. I caught up with him in at the village shop where he had been collared by Irene, Annette, Emma and a pork pie.  Now he comes when I call, provided there are no distractions and I’m comfortable leaving him loose in the (unenclosed) garden.

Huge progress in a short time; I think I’m quite good at this for an amateur. So far, he hasn’t pissed or shat in the house, not once.  Remarkable. The car is still a problem.  He hates going in it and salivates profusely.  Will he get over that?  I’m not sure that he will.

“I’m feeding what it says on the bag.”

“I can’t be overfeeding as he isn’t overweight.”

“She not overfed; only eats what she wants.”

In the last few days I’ve come across several instances of pet owners, who are feeding Burns but not getting the best results, I think because they are feeding too much.

There are 8 million or so dogs in the UK and they are all different and the feed has to be tailored to the individual’s needs.  As I explained to the owner of the lady whose dog has the tear problem, “tear staining is the best feeding guide you could have.”

She should gradually reduce the feeding amount; when the tear staining stops, that’s the right amount.

On that note about individual needs, and I’ll return to this another time, there is an upsurge in pet food manufacturers claiming to supply food tailored to the dog’s individual needs. This is yet one more dishonest sham being foisted on the pet owning public.